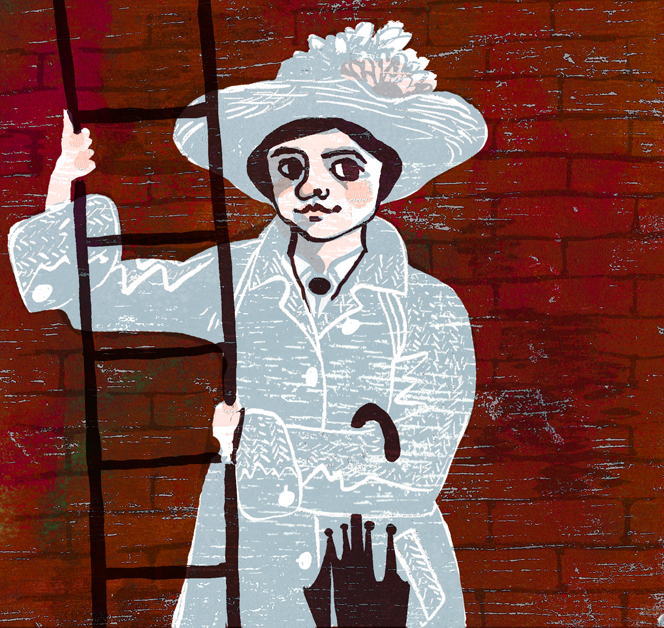 A Yankee born in Boston and raised in Worcester with ancestral roots in Newcastle, Maine, Frances fought for factory workers and immigrants, babies and their new moms, children and the elderly to live with dignity and justice. She noted “a healthy discontent keeps us alert to the changing needs of our time.”

Perkins got good at asking questions. She wanted to know why factories and workplaces of her time lacked safety equipment. Fire escapes, for instance. She started up and led organizations to scientifically research, collect data, and write laws to prevent the unnecessary hardship of millions of honest, hardworking people.

She developed a class-fluid, democratic mutual respect with all kinds of people. During strikes and labor disputes, she became an expert at de-escalation, preferring to send home the national guard in favor of listening to what all sides had to say and helping them forge an agreement to the benefit of all. She also possessed a preternatural aptitude for networking and recruiting talent of diamonds in the rough for her team.

Never heard of her? During the economic free-fall that was the Great Depression, FDR called Perkins up to join his cabinet.  As his Secretary of Labor, Frances Perkins crafted many aspects of the New Deal. We can thank her for workplace safety standards, a 40 hour work week, minimum wage law, the beginning of our Social Security program, federal unemployment insurance, plus an end to child labor and the right to unionize.

Many of these programs were originally pie-in-the-sky ideas from the socialist party platform of the radical social reform movement of her youth. Back in 1902 when she was fresh out of college, it was still normal for factories in the US to hire little kids to work 72 hours a week, often to replace a parent who had been killed or maimed doing the same dangerous work. She was part of a new generation who saw economic injustice as moral injustice. She was not content to sit around idle when instead she could work like a truck horse to see to it that something was done to help change the world.

Other things on her list that she fought for but didn’t achieve included asylum for more war refugees, universal health insurance and an international labor organization to extend the rights of workers globally. Because as one of her mentors, Jane Addams used to say, “The good we secure for ourselves is precarious and uncertain, is floating in mid-air, until it is secured for all of us and incorporated into our common life.”

After serving twelve grueling years in FDR’s Cabinet, she left, but she wasn’t yet done. She told EVERYONE to make history:

“There is always a large horizon…. There is much to be done …. I am not going to be doing it! It is up to YOU to contribute some small part to a program of human betterment for all time.”

Happy Birthday Frances! You are sorely missed. Oh, wow, do we miss you today.